Original Question: Why are the F-111 aircraft buried literally? Couldn’t the government salvage the useful components?

All the usable electronics and hardware were removed and placed back in the Royal Australian Air Force supply chain.

The engines were also removed and scrapped. The engines were faulty despite their brute power; they tried to use them in the Navy F-14 Tomcats and they were prone to flame out, or stall, if they were in turbulence. We lost pilots and RIOs over those engines. (The scenes in Top Gun of Maverick and Goose flying through the jet wake turbulence of Iceman and stalling the engine is based off of unfortunate real life scenarios). The F-14s were reengined and went on to a stellar career.

It was decided not to reengine the F-111 and the American ones were retired in the late 90s; the Australia Air Force flew theirs until 2010. It is the Australian ones that were buried in the accompanying pictures.

Only the fuselage was buried. The wings and stabilizers as well the tail were removed for scrap. The fuselages were constructed out of bonded panels, and that bonding used asbestos, this is why it was deemed prudent to bury them. Trying to recover the materials was not cost effective, and it was full of hazards requiring a very comprehensive facility and PPE to even attempt. So it was decided to bury them to take away the possibility of exposure to asbestos. They were barely recognizable by the time they were buried. There is even a diagram of their final resting place and date of interment. 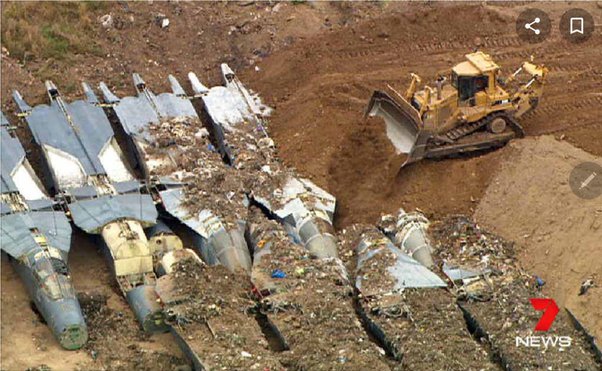 (Image from the Queensland Times) 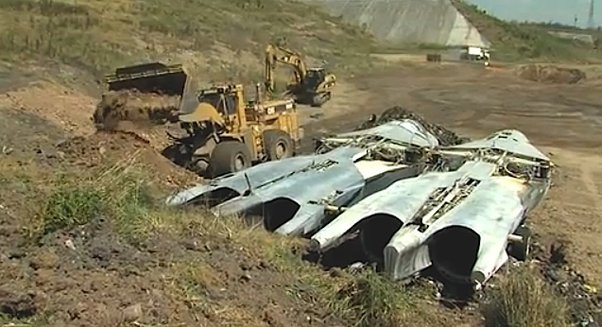 source quora
Previous article What is the name of the country that has deployed the largest number of soldiers to war operations since World War II?
Next article The scariest thing happened to you?