YES, China has done a lot to fight against corruption in the past decade, and that is one of the reasons why most Chinese people trust its government.

Nothing can easily bring down a government like corruption, so for China’s ruling party, the Communist Party of China(CPC), the fight against corruption is the most thorough form of self-reform.

With over 96 million Party members as of 2021, the CPC is the largest Marxist ruling party in the world. Managing such an organization and ruling the world’s largest socialist country with a population of 1.4 billion is full of challenges—how to fight against corruption is one of them. 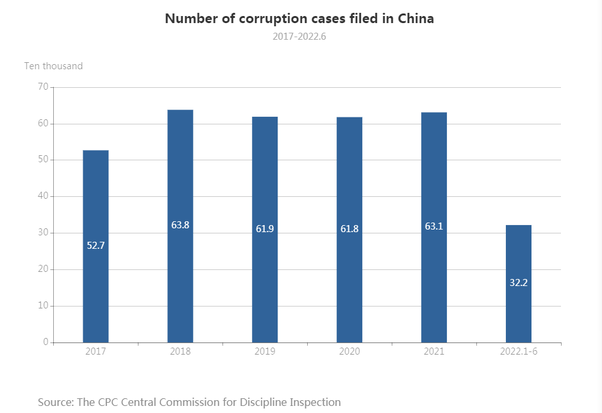 Since the 18th Party congress, the CPC Central Commission for Discipline Inspection has set up 4.648 million cases for investigation, and 25,000 bureau-level officials as well as over 182,000 county-level officials have been punished. 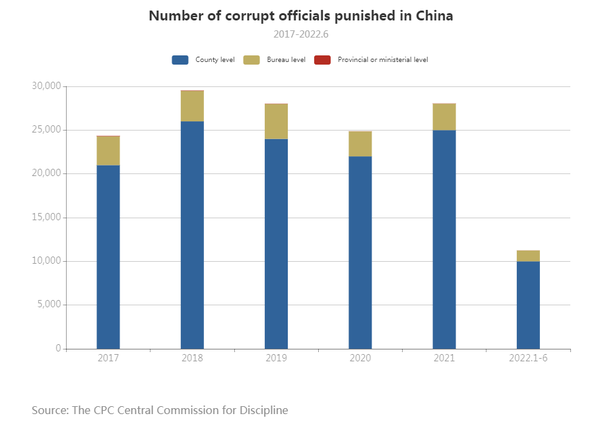 After years of efforts, the latest survey by the National Bureau of Statistics shows that 97.4 percent of people are fully confident in the work of exercising strict governance over the Party for curbing the spread of corruption, a 22.4-percent rise from that of 2012.

“We have used a combination of measures to ‘take out tigers,’ ‘swat flies,’ and ‘hunt down foxes,’ punishing corrupt officials of all types,” Xi said during the ongoing 20th National Congress of the CPC, the country’s most important political event every five years.

‘Take out tigers,’ ‘swat flies,’ and ‘hunt down foxes’ are vivid expressions to illustrate the CPC’s resolution to exercise full and rigorous Party self-governance and self-reform.

The eight-point decision on Party conduct has led to strict self-governance.

Xi Jinping also warned at the opening session that “as long as the breeding grounds and conditions for corruption still exist, we must keep sounding the bugle and never rest, not even for a minute, in our fight against corruption.”

It demonstrates the Party’s determination of keeping up the strong momentum of the anti-corruption battle so that it never changes its nature.

That is what Xi said, and how did he behave?

When Xi was young, he worked in northern China’s Zhengding County, he was always riding an old bicycle and a worn-out uniform to visit and investigate the local villages. Check out the podcast and find out more stories about the young cadre to see how he was self-disciplined.

Since ancient China, Chinese people have always regarded clean and incorruptible as great merit of government officials, and some officials have set a good example. This episode has the highest approval in this regard since the star was given the title of the “cleanest and incorruptible official in the entire Qing Dynasty”. Check it out!

Previous article Why are African countries taking long to advance in terms of technology?
Next article How did the 18th century gunsmiths keep their boring bits not going wrong way in the gun barrel?