Search
Ask A Question
Home/ Science/How much smaller does the Sun get every day?

So if the Sun is constantly losing that mass, why on Earth would it get bigger then? Simple: it has to do with how that mass is lost.

You see, most of the lost mass is due to the process of nuclear fusion. (A significant amount is lost via the solar wind, but that’s not important for now.) What is nuclear fusion, you ask? It is the process that makes the Sun, well, the Sun. 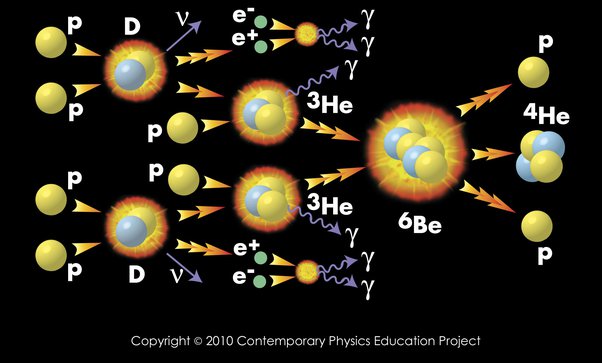 In its dense, superheated core, the Sun is constantly fusing protons into alpha particles, aka “hydrogen into helium” to anyone who hasn’t taken 10th grade chemists. This process releases a really absurd amount of energy for the Sun to feed on, which is very, very important for its survival.

The Sun is fighting a constant battle with gravity, which is trying to crush the Sun out of existence. Fusion in the Sun’s core counteracts that effect, pushing against gravity, while gravity gives the core the energy to continue fusing.

When gravity begins to win the fight, the Sun merges with more force to counter it. When fusion begins to win, the Sun slows down its processes and lets gravity compress it. It’s a pretty delicate balance, that’s why the sun burns, it doesn’t explode. (I love that quote, Jonathan Sherrill!) 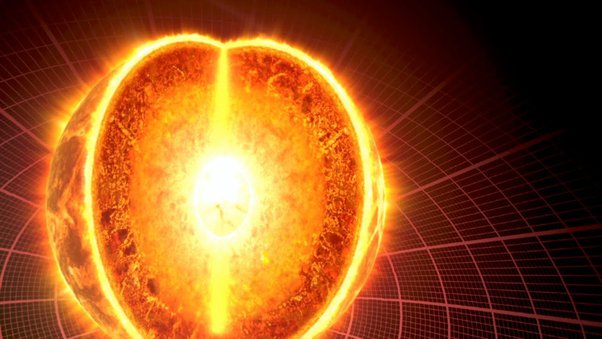 (Hey, not the best illustration, but it sure looks pretty!)

This is where the balance falls apart a bit. Fusion produces three things: heat, light, and helium. The light (after bouncing around the Sun for several hundred thousand years) escapes and reaches Earth, that’s what we see when we look up at the sky during the day. (Duh.)

(The process of solar convection)

As I’m sure you know, hot things expand. With most of the heat produced through fusion going into the Sun’s outer layers, its velocity slowly expands outward, pushing against the force of gravity, getting larger every second.

But here’s the most important part: helium. Every time solar fusion fuses hydrogen into helium, the Sun “loses” some fuel to burn (not really, it’s tricky). Helium (for the moment) acts as dead weight.

And that’s the important part: “weight”. The helium (albeit light) adds to the gravitational force that compresses the sun. And more compression means more fusion, which ironically makes the Sun grow, even though it’s struggling with a stronger gravitational pull. 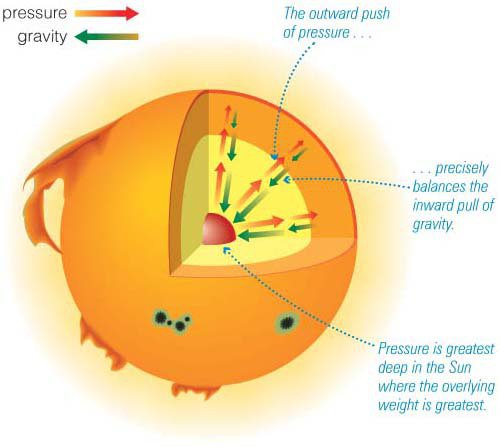 (Wow, so much orange in this post’s color palette.)

As for how much it expands per second, well, I don’t know. Maybe that’s my college thesis paper. “A short treatise on the expansion of the sun” – sounds good, don’t you think?

What I do know is that, near the end of the Sun’s life cycle, it will begin to fuse that “waste” helium, providing it with the fuel to grow rapidly, engulfing Mercury, Venus, and potentially Earth, as it expands into a red giant before quickly withering into a white dwarf.

But yes. The sun gets bigger, not smaller.

Previous article What is Nokia doing that Samsung and Apple couldn’t do?
Next article Is it true that black holes are perfectly round? What is the proof?