Personally, I think the killing tactic of the Maoist genocidal regime of the Khmer Rouge during their war against Vietnam was among the most brutal military tactics in history. In a short answer, their tactic can briefly be described in only three words:

A Khmer Rouge soldier on the street of Phnom Penh, April 1975

In fact, this notorious military tactic came directly from Pol Pot, the supreme leader of the Khmer Rouge faction, also an ardent follower of “Mao Zedong Thought” or Chinese Maoism.

With an infamous speech delivered by Radio Phnom Penh on 15 May 1978, he summarized this kind of military tactic with some meaningful words as follows [1]: This so-called “historical speech” was fully recorded and it has become clear evidence for the Extraordinary Chambers in the Courts of Cambodia (ECCC) to further investigate the Khmer Rouge’s genocidal crimes.

How did the Khmer Rouge regime apply this kind of brutal military tactic in reality? Thanks to the strong military support from the People’s Republic of China, they truly did an “excellent job”! 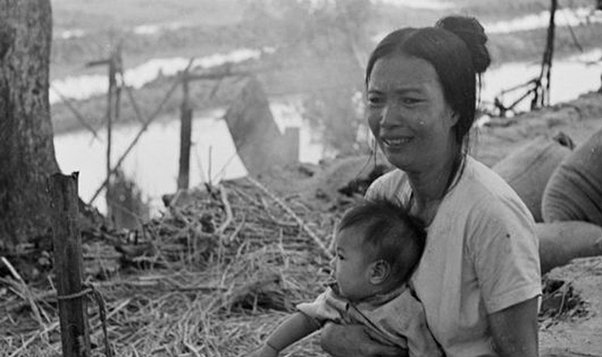 Let’s check the case of Tân Thành Village in Tây Ninh Province, Vietnam. This border village was suddenly attacked by the Khmer Rouge army on 25 September 1977.

In just several hours, the village was burnt to the ground, together with nearly all of the villagers! Nowadays, there was a memorial monument located inside the village, with the Vietnamese description as follows [2]:

“It was extremely barbaric, the Khmer Rouge troops beheaded, cut their stomachs, gouged out the liver, torn children into the fire, buried them alive, massacred, many families, many shelters including 16, 17 people were all destroyed. There were 592 people lost their lives. Here, in the background of Tân Thành Primary School, 11 teachers were murdered.” 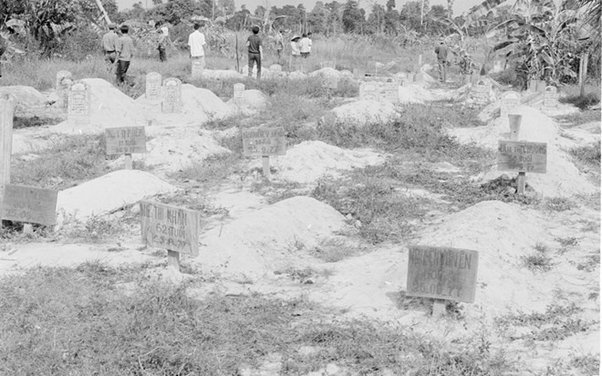 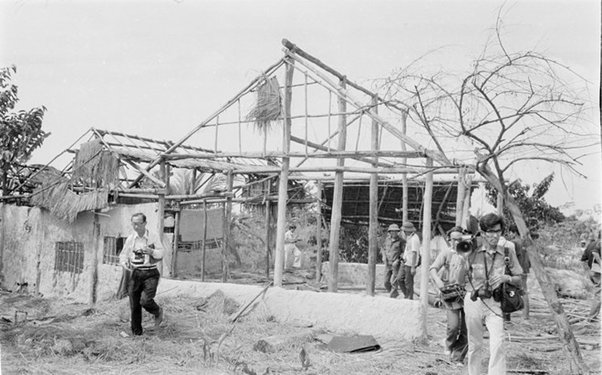 International correspondents came to the destroyed village of Tân Thành

Unfortunately, Tân Thành Village was not the only one example of the Khmer Rouge’s war crimes. A lot of Vietnamese villages were attacked and sacked by Khmer Rouge army, while the villagers were killed to the last man. 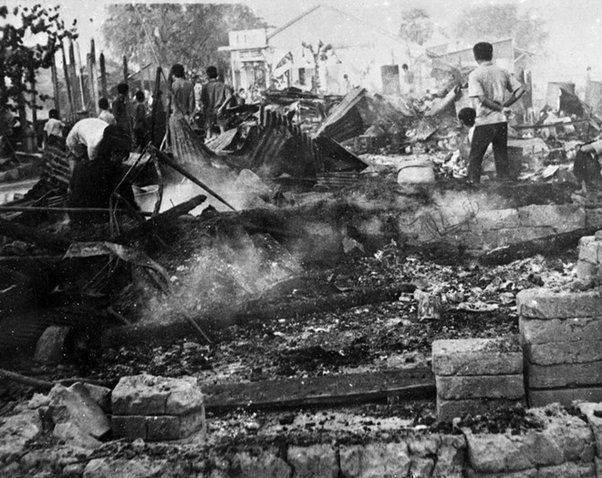 A destroyed village in An Giang Province, Vietnam, April 1977

During only four years (1975–1979), ten thousand Vietnamese lives were lost due to the brutality of Pol Pot’s henchmen.

According to Lưu Văn Lợi, a Vietnamese diplomat, the border war waged by Pol Pot and his men cost Vietnam at least “79,860 casualties or 74% of the casualties in the resistance war against the French”. 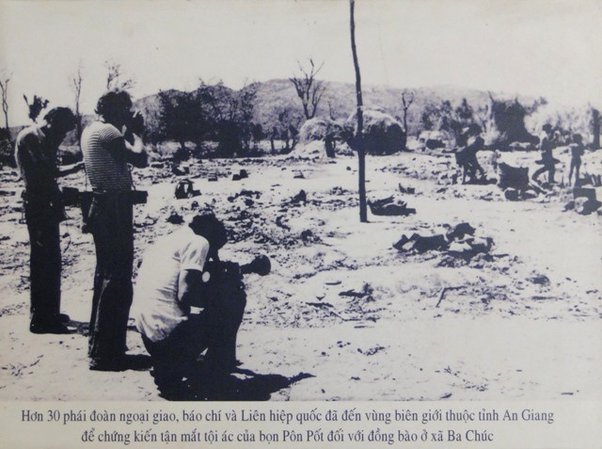 Foreign correspondents at the site of the Ba Chúc Massacre, An Giang Province, 1978

On 18 April 1978, the Khmer Rouge’s brutality reached the climax with the killing of 3,157 Vietnamese people of the Ba Chúc Commune in An Giang Province, with similar killing techniques in comparison with the Tân Thành Massacre several months before. Mr. Nguyễn Văn Kỉnh, a witness of the Ba Chúc Massacre, described the Khmer Rouge war crimes as follows [3]:

“My wife and four children and six grandchildren were all killed. Before shooting, they stripped all the jewelry and possessions. Then drove each group to shoot and killed. When I woke up, I looked around and saw a lot of dead bodies. I was dumbfounded when I saw the sight of my grandson sucking on his mother’s breast and beside it, my dear daughter lying motionless in a pool of blood.” 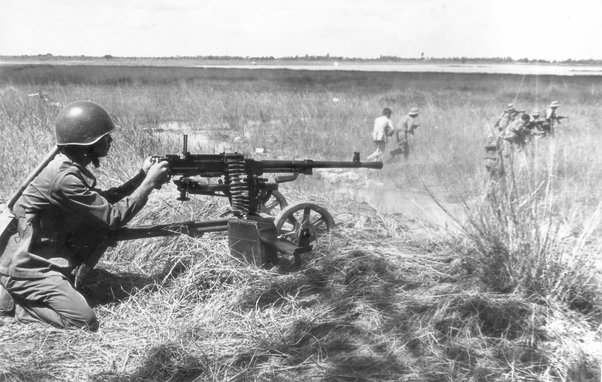 Vietnamese soldiers during the fight against the Khmer Rouge regime.

The notorious Ba Chúc Massacre was also the main reason for the Vietnamese military intervention and the downfall of the Khmer Rouge regime several months later, on January 1979.

Vietnamese had no choice, but to fight back against the genocidal regimes of the Maoists in Cambodia to protect the nation’s survival.

Once again, I hope you readers will know more about the tactic of “One Kill Thirty”, which was introduced by Pol Pot and his Khmer Rouge “comrades”. Anyway, it should be among the most brutal military tactics in history. Thank you very much for reading my answer and best regards,