For me, it was collaboration.

For good reason, this piece of history has been largely swept under the rug in nations where the local populace helped commit atrocities.

This includes the Lviv programs in present-day Ukraine where thousands of Jews were killed. There is a lot of controversy on exactly how this pogrom went down but there is little doubt that there was Ukrainian involvement.

In Slutsk, present-day Belarus, thousands of Jews and non-Jews as well were rounded up and killed. 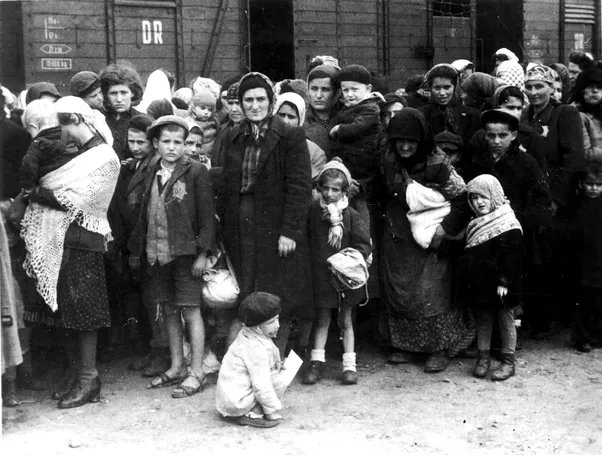 The Hennecke column in the Netherlands was also known to be Nazi collaborators.

I don’t say this to blame these nations as the majority of the people in these countries regularly fought and resisted the Nazis. There are so many stories of brave men and women who did all they could to prevent these atrocities from happening. However, there WAS collaboration, and sometimes significantly so. Germany has taken the onus for what happened but many other countries have not.

Edit: It seems there is a lot of confusion about what I mean in this answer. With that said, I want to clarify. I mean collaboration to persecute other people, notably Jews and other minorities. 1) I am not saying these crimes were any better or worse than the Soviet crimes that took place at the same time. 2) I can understand why many of the locals collaborated in these countries: the threat of communism, the threat of also being shot or sent away by the Germans, etc. 3) However, the degree and scale of the massacres that took place lead me to believe that many of the people in the occupied countries had their own vendettas/prejudices/reasons for collaborating. To me, this is the most brutal as this violence can no longer be firmly placed on just the Nazis. In addition, I see it as a betrayal to those who did fight against all forms of oppression. The fact that people would use this dark opportunity to kill/rape/maim innocent people is deeply unsettling to me.

Previous article Most brutal military tactic in history
Next article What is a disturbing fact most people are unaware of?