Search
Ask A Question
Home/ Uncategorized/Most unfair trial in the history of mankind.

Which is the most unfair trial in the history of mankind?

Phryne was a woman who lived in Ancient Greece in early to mid 300 BC. She was incredibly beautiful, stunning, and is believed to have inspired several paintings and statues.

She once suffered a prosecution and if found guilty, she was to be executed. The prosecution gave strong speeches, and things were about to go out of hand for her. But, her defender, Hypereides, apparently her new lover, decided to come up with what I call a sapient idea.

He called Phryne up front to the judges pulled her robes off and said, “Common, Do you really want to kill this!” 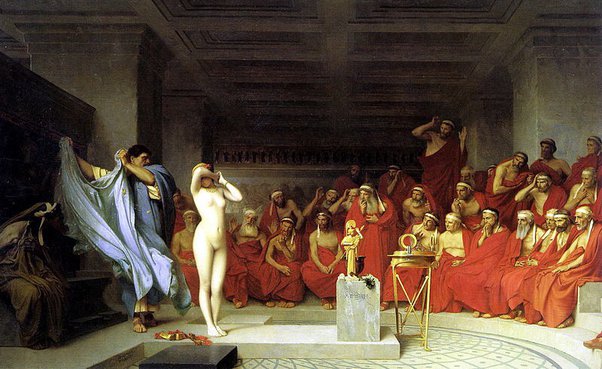 She was acquitted after baring her breasts to the jury.

The jury’s happy, Pynes Happy, of course, Hypereides was happy, everyone was happy except for the prosecutor, which of course was her ex-lover, Euthias, poor fellow.

Now, maybe it’s a surprising fact that makes you rethink conventional wisdom. Or, perhaps it’s a wild anecdote that seems too crazy to be true. Whatever the case, these 51 tiny startling bits of history will wrap your sense of time and the way you perceive history.

Previous article List of skills that are amazing if you learn them.
Next article Most shameful and saddest event in the history of the world.

What was the most critical mistake made by the Royal ...