Search
Ask A Question
Home/ Science/What does a red giant star look like?

Here’s an artist’s rendition of Arcturus (from Wikipedia): 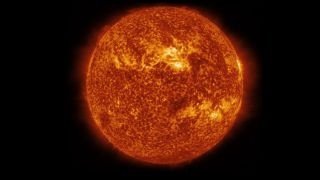 Or, in comparison with some other stars: 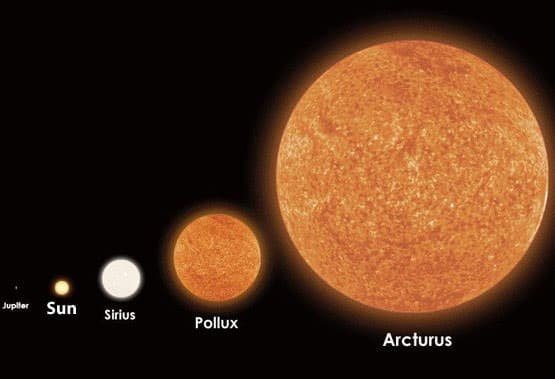 So, a red giant is red, and giant.

In fact, they range in color from yellowish to more red than Arcturus, but still not fire-engine red.

But they are pretty giant. Still, seen from Earth, with the naked eye or a small telescope, they look just like a dot. But when you zoom in enough, well, you can see from the picture, even if it’s an artist’s rendering.

Even though they’re usually only about a tenth as bright as when they were in their youth, all that surface area adds up. That’s why many of the most well-known stars in the sky—Arcturus, Aldebaran, Gamma Crucis—are red giants.

You may also notice that Pollux and Arcturus are a lot spottier than the Sun and Sirius. Here’s a GIF (I couldn’t find the source) showing how the spots move around on Arcturus—like the tinier ones on the Sun, but more dramatic:

That’s because their convection cells are huge, even compared to the hugeness of the star itself.

There are also red supergiants, which are a different kind of thing. But, as you can guess, they’re even bigger. Still too small and far away to form anything more than a point on a home telescope, but here’s a comparison shot (from Wikipedia again). Look at box 5: Antares and Betelgeuse are red supergiants; Aldebaran is a red giant. 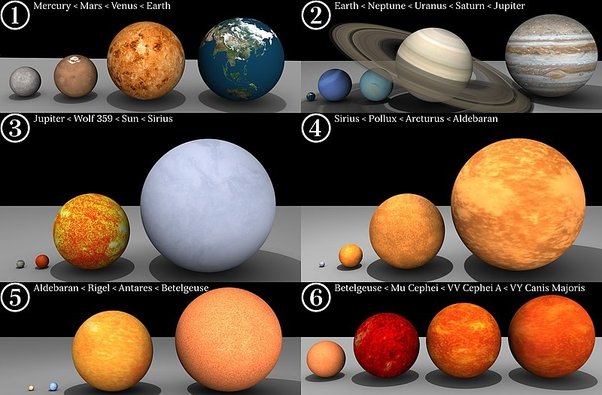 Previous article What are some psychological facts about love?
Next article Is it true that Star Wars technology is superior than Star Trek technology? They say that hyperdrive is faster than warp drive.