Search
Ask A Question
Home/ History/What has been the most mysterious mummy ever found? Tiny mummies of “alien”

In 2003, an “alien” mummy nicknamed Atacama Humanoid was found near a church in an abandoned town called La Noria, located in the Atacama Desert of northern Chile. The tiny creature has a human form and is only about 15cm tall. 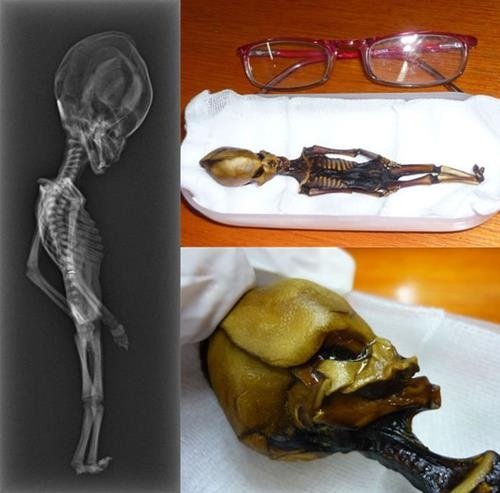 A mummy with a length of only 15 cm was found in the Atacama desert (Chile). (Photo: Neatorama)

At that time, many thought this skeleton, with an unusually formed head, hardened teeth, 10 ribs instead of 12, and big eye sockets, could be an alien race or a monkey. While only 15 centimeters tall, the bones had some features of a child aged six to eight. The mummy is currently being kept at the Institute for Investigation and Research of Extraterrestrial Phenomena (Spain).

In 2012, a group of leading scientists from Stanford University (USA) led by Professor Garry Nolan, went to Spain to conduct some research. 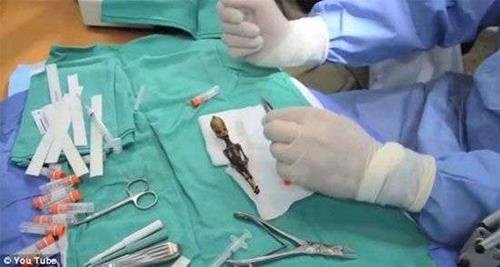 They examined, cut two ribs, tested DNA… and concluded that Atacama Humanoid is not alien or monkey, but human, was stillborn or died immediately after birth.

DNA extracted from the bones shows “Ata” was a girl with several genetic mutations resulting in a bone disorder that caused the unexpected form. The body was mummified by the dry, and hot desert conditions assisted the researchers to draw their conclusions. They estimate that “Ata” died roughly 40 years ago. The body was found near a church — and a graveyard — suggests “Ata” had most likely received a ritual burial.

The world has many things that science doesn’t understand and hasn’t discovered yet, right?

You might want to discover The mummification process, which is also very sophisticated and full of mysteries. Check out the video below:

Previous article What technological innovation is in the near future? Internet for everyone
Next article Next Post