Search
Ask A Question
Home/ Fact/What was the saddest day in the history of pop music?

One of the saddest moments in music history occurred on February 3, 1959.

On that day Buddy Holly, Richie Valens and JP Richardson Jr. died in the crash of their small plane near Clear Lake, Iowa.

It was the day “the music died.”

There are different versions about how it came to the decision that led to the accident.

In any case, the night before, the three had given their last concert (which was part of a tour).

They were on the road with the tour bus .

And fatefully it happened that Buddy Holly did not feel like going by bus at all.

It is said that there was a lack of clean clothes to change and that it was too crowded and uncomfortable.

You can imagine that, because a bus in the 50s was something completely different than such a luxury bus today.

And other sources say Holly simply wanted to arrive faster.

In any case, the plane was chartered for four people.

When he learned that band member Waylon Jennings had decided to take the freezing cold bus instead, Holly is said to have joked : “I hope your old bus freezes. “.

Jennings is said to have joked back : “Well, I hope your plane crashes.”

Another member of the Holly band, Tommy Allsup, flipped a coin with Valens for the last available seat and lost .

A few minutes after taking off from Mason City Airport in Iowa around 1:00 a.m., the chartered Beech-Craft Bonanza crashed.

Inside were Buddy Holly, Ritchie Valens and J.P. “The Big Bopper” Richardson, as well as pilot Roger Peterson. 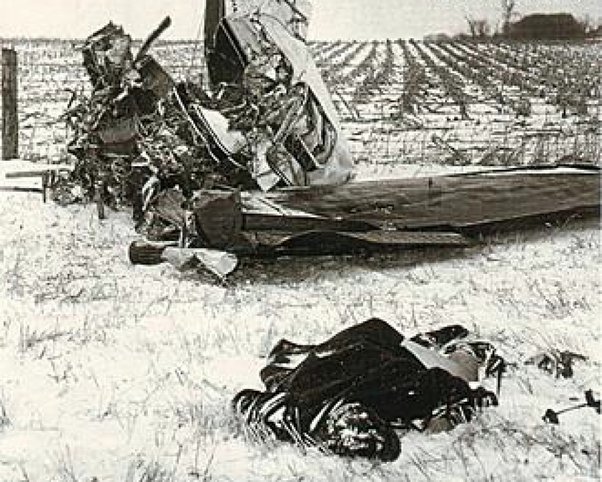 Peterson had not been informed of deteriorating weather conditions and had decided to fly “by instruments,” that is, without visual confirmation of the horizon, which resulted in the crash.

Buddy Holly’s funeral was held on February 8, 1959, and attracted over a thousand mourners.

Holly’s widow was not in attendance.

The tragedy was later immortalized as “The Day The Music Died” by Don McLean in his famous song “American Pie.”

Previous article PM Shehbaz will quickly announce aid bundle for low revenue folks: Ishaq Dar
Next article Does Vietnam have their own culture?