Saartjie (Sara) Baartman was one of the first black women known to be subjugated to human sexual trafficking. She was derisively named the “Hottentot Venus” by Europeans as her body would be publicly examined and exposed inhumanly throughout the duration of her young life. Moreover. her experience reinforced the already existing and extremely negative sexual fascination with African women’s bodies by the people of Europe.

By her teenage years, Baartman married a Khoikhoi man who was a drummer. They had a child together who died shortly after birth. When Baartman was sixteen, her husband was murdered by Dutch colonists. Soon after, she was sold into slavery to a trader named Pieter Willem Cezar, who took her to Cape Town where she became a domestic slave to his brother, Hendrik. On October 29, 1810, although she could not read, 21-year-old Baartman supposedly signed a contract with William Dunlop, a physician, who was a friend of the Cezar brothers.

This contract required her to travel with the Cezar brothers and Dunlop to England and Ireland where she would work as a domestic servant since technically slavery had been abolished in Great Britain. Additionally, she would be exhibited for entertainment purposes. Baartman would receive a portion of earnings from her exhibitions and would be allowed to return to South Africa after five years. However, the contract was false in all details and her enslavement continued for the remainder of her life.

Baartman was first exhibited in London in the Egyptian Hall at Piccadilly Circus on November 24, 1810. Her public treatment, however, quickly drew the attention of British abolitionists who charged Dunlop and the Cezars with holding Baartman against her will. The court ruled against Baartman after Pieter Cezar produced the contract that had been signed by Baartman. Baartman also testified that she was not being mistreated.

The publicity generated by the court trial increased Baartman’s popularity as an exhibit. She was taken on tours throughout England and by 1812 as far away as Limerick, Ireland.

In September 1814, after staying four years in Great Britain, Baartman was taken to France and sold to S. Reaux, an exhibitor who showcased animals. He put Baartman on public display in and around Paris, often at the Palais Royal. He also allowed her to be sexually abused by patrons willing to pay for her defilement. Reaux garnered considerable profit due to the public’s fascination with Baartman’s body. 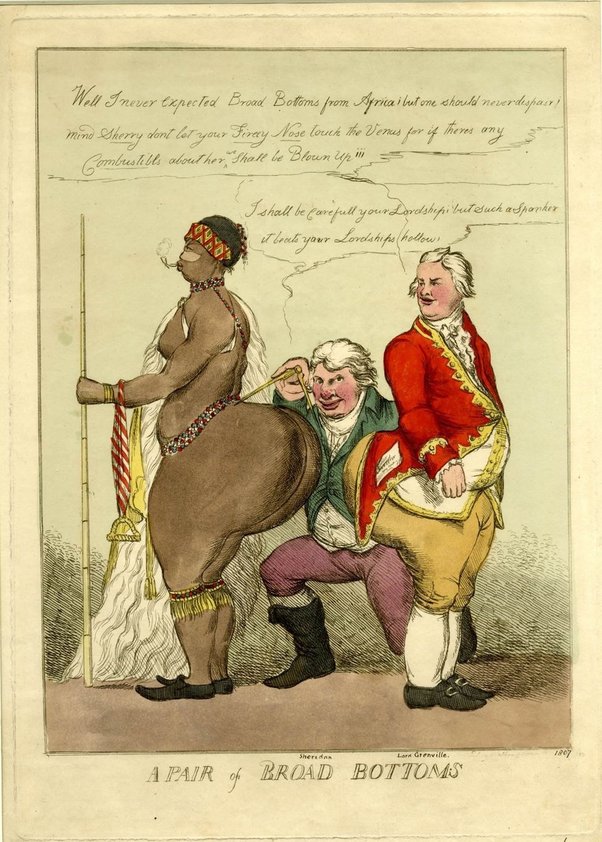 Sara Saartjie Baartman died in Paris on December 29, 1815 at the age of 26. It is speculated that she died of tuberculosis or syphilis. Even after her death, many of her body parts would go on display at the Musée de l’Homme (Museum of Man), in Paris to support racist theories about people of African ancestry. Some of the body parts remained on display until 1974. 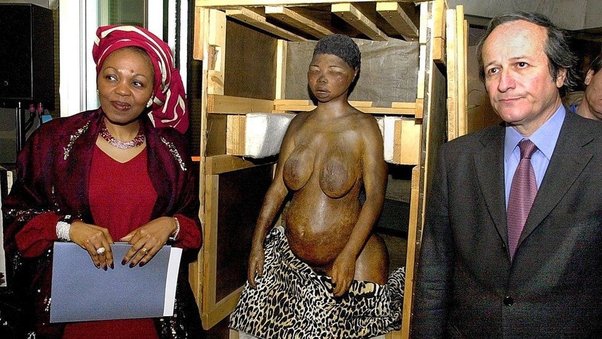 In 1994 South African President Nelson Mandela formally requested that Baartman’s remains be returned to South Africa. On March 6, 2002, her remains were returned and buried at Hankey in the Eastern Cape Province.

Kindly upvote this so that lots of people can see it.

Previous article He was called a “Failed genius.”
Next article Most brutal military tactic in history